If we view worship as primarily an external exercise, it will make us proud. We will boast in our particular worship tradition: ours is more historic, or more refined, or more cutting edge, or whatever. But if worship makes us stand tall, it is no longer worship.

Worship is a tall order, however: All that is within me, bless his holy name. God deserves more than a well crafted hymn or a cool praise song. He demands far more than an appearance on Sunday morning, or even a resume of religious accomplishments. Worship is something that demands all that is within us, and we should be brought low by our failure to accomplish this.

Then again, this tall order doesn’t seem quite so far reaching when you consider the end of Psalm 103:

No matter how tall we stand, we cannot give God all the praise he deserves. We will forever be, at best, but one voice offering praise.
Posted by Ken at 8:02 AM No comments:

Who said English grammar couldn't be fun? If you've ever listened to Schoolhouse Rock, you know just how fun pronouns can be.

Pronouns can also have huge societal consequences. The Beatles proved it with their song, "I, Me, Mine," a George Harrison tune that lamented the ease with which people live for only themselves.

Centuries earlier, the Hebrew songwriters also knew the importance of pronouns. Although we don't have the original tune, we do have the words to this temple favorite:

Look at those pronouns go! To take just one example, look at how important that third person male pronoun is, especially in its possessive form. "It is he who made us, and we are his; we are his people, the sheep of his pasture..."

Not only is this a lightning rod in the gender wars, it should engender in us a reverence for the God who owns us. We are not our own... We should therefore not live for ourselves, but for Him.

Take a moment this weekend and think about which pronouns most profoundly control your daily life.
Posted by Ken at 3:20 PM No comments:

What a great idea the American form of government was. Knowing that we all share a human nature prone to greed, selfishness, and corruption, a system of checks and balances was put in place. No one person would hold all the power, and those who held a portion of power would be held accountable through a system of checks and balances. Thus, in the system we enjoy, the Administrative, Judicial, and Legislative branches of government serve as one another’s watchdogs. Hopefully.

In Don’t Know Much About History, Ken Davis states that this system of checks and balances was put into place “whether out of wisdom or fear,” and “the fear was obvious: no one wanted anyone else to become too powerful.”

Have we ceased to fear the corruption of the human heart and what it means for those who govern us? There is certainly evidence for this. We look to those who lead as a kind of nobility, as those who are above the law. While this is true of each branch of government, I’m struck in particular by the way the legislature – the representatives of the people – have become a kind of “elected nobility.” Rather than being truly of the people, they are an elite class that vote for their own pay raises, fly their own planes, and are shielded from the effects of their legislation.

Oh, for a return to a Senate and Congress that had to live under the laws it passed: that had to pay their taxes, send their kids to their schools, and fight in their wars.

And now the punch line: hasn’t this happened in our churches as well? Some pastors (or “evangelical leaders”) are seen not as servants of the people, and accountable to their fellow believers, but high above them. And I think we somewhat enjoy the illusion that it is possible to achieve such super spirituality and bulletproof integrity. We like to have someone to point to of whom we can say, “See, world? See how good we are?” But this is foolish, and leads - as we know too well - to shock and heartache when spiritual celebrities come crashing down.

Church leaders need to be seen as fellow sinners who are gifted with teaching the word of God and shepherding souls. While they need to be held to a high standard of conduct, they need to be held to this standard by people who recognize just how much they need help – first from Jesus Christ, second from their fellow believers. There is no spiritual nobility, except in the sense that God's children are all "heirs of eternal life."
Posted by Ken at 11:35 AM 2 comments: 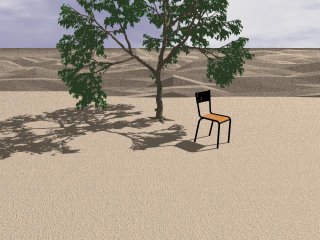 "Your religion is what you do with your solitude."

This quotation, possibly a paraphrase, is from Archbishop William Temple. I heard Tim Keller speaking about this in reference to the passage "love the Lord your God with all your heart, soul, mind, and strength."

He then gave the following challenge: Examine where your mind goes when you have nothing to do, nothing to read, no one to talk to. Does it fly to thoughts of God - his character, his love, his gospel? No? Then to where does it go? Where our mind runs says much about who we are, and what we feel to be our greatest needs...hopes...desires.

When I take this test, I am humbled by the results. I think I would like to take it again after further preparation...

This weekend, monitor your thoughts. After they have gone running, chase after them and see where they have gone. And pray that you find them in a safe place, in the care of Jesus Christ, rather than wasting time with worry, trapped in self-absorption, or engaged in some other destructive activity.

Thanksgiving Cancelled Due to Lack of Funding

My wife asked what happened to Thanksgiving, and I didn’t have a good answer.

A manger scene is being erected in our front yard. The Christmas lights are already decorating a nearby town, and Santa is showing up early at the mall. Even the cups at the local coffee bar display a Christmas theme. 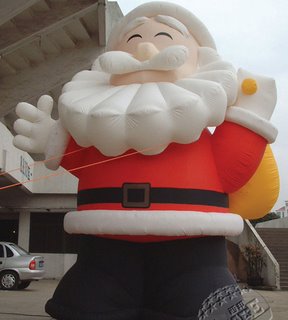 I understand the rush to celebrate the Messiah’s birth, but something seems amiss here. Setting aside a day to give thanks would seem a perfect way to celebrate the bringer of eternal life.

But, I hear someone saying, Christmas falls inconveniently on a Monday. That means there are only four full weekends of shopping between Thanksgiving and Christmas Eve, the day set aside for intentional last-minute shopping.

But why did our little Thanksgiving holiday have to get trampled in the mix? Couldn’t we have just extended our shopping an extra few weeks or months into the new year? Or extend the days prior to Christmas, perhaps keeping our stores open longer each day? Or couldn’t our “After Thanksgiving Sales” begin dreadfully early on the Friday after Thanksgiving? At this point I’d even be willing to sacrifice a little sleep on Friday for a chance to say “thanks” on Thursday.

The sudden loss of Thanksgiving this year caught us by surprise. We had plans to see family and friends: should we cancel these?

Well, I suppose that as we begin Advent we can try to work in some Thanksgiving sentiments edgewise. But we also need to think about something else. When Messiah appears, we really need to find a more polite way to say, “It’s the economy, stupid.”
Posted by Ken at 7:58 AM 1 comment:

One of our the freedoms granted to us by the Chicago Manual of Style is to end sentences with prepositions, contrary to popular belief. So with that in mind, today's post:

What an election season it’s been. There are many people to vote against today… but I’m not sure how many people there are to vote for. 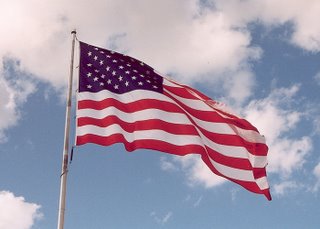 It seems that every generation of Americans must learn afresh what it means to live in a democracy, both its benefits and frustrations. Therefore, certain questions recirculate, such as these: Must I vote for the lesser of two evils? Why vote at all? Will our form of government stand the test of time?

For Christians, another question that has been raised - and will continue to be raised - is whether we can expect much from the political process at all. Christians have been elated at apparent political success only to feel betrayed more than once in our history.

The reality I find myself facing today is that there are two high profile candidates seeking a Senate seat in my state. I have the privilege of voting, yet I find myself wondering whether to vote at all. And trust me, I know that it is extremely unpopular to make such a despairing choice. So let me explain.

The candidate on one side of the aisle is opposed to everything I believe is important. I am not ashamed to be considered a values voter because, first, all legislation represents someone’s values. Second, to be a values voter means, to me, that the most pressing issues are deeper than economics or geopolitics. I do not wish for a theocracy prior to the heavenly one, but I do believe that we ignore the Theos to our own peril.

The candidate on the other side of the aisle is… well, it turns out he’s also opposed to those issues I believe are most important. His view of government is a little more promising, however, and so he would surely be the famous “lesser of two evils.” Yet here’s my problem: I heard him interviewed on the radio last week, and was incensed by his refusal to answer the questions the host asked him. Instead, every question was answered with an intelligence-insulting sound byte intended to demonize his opponent.

It may be – and I’m not so sure – better that this second candidate go to Washington. However, I don’t want to send someone like that there.

So, will I vote? Yes, I think I’ll go vote for a third party congressman and perhaps for a lenient dogcatcher. But I don’t think I’ll be able to vote for a senator today. Just can’t do it.

Martin Luther King, Jr., famously described the plight of African Americans this way: “We can never be satisfied as long as a Negro in Mississippi cannot vote and a Negro in New York believes he has nothing for which to vote.”

Christian citizens should make wise choices concerning their civic privileges. But sometimes after giving thought and prayer to the matter a Christian may conclude that they have “nothing for which to vote.”

In which case, they should continue exercising their other civic duties with even greater earnestness: prayer, proclaiming the gospel, and helping the poor. 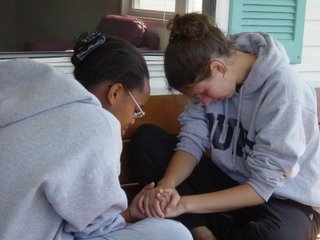 I urge, then, first of all, that requests, prayers, intercession and thanksgiving be made for everyone— for kings and all those in authority, that we may live peaceful and quiet lives in all godliness and holiness. This is good, and pleases God our Savior, 4who wants all men to be saved and to come to a knowledge of the truth. (1 Timothy 2:1-3) 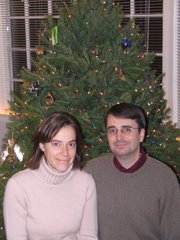 Ken
Ken Shomo was saved by Jesus, given a wonderful wife and child, and he's currently associate pastor at New Covenant Presbyterian Church in Virginia Beach.